Jim Taylor from MixIt has firmly stated his opinion on the ongoing debate on the legalities of volumetric concrete mixers by dismantling his fleet and investing heavily in finding an alternative solution. Since 2014, the Department of Transport has been gathering responses to its enquiry into Goods Vehicle Operator Licensing Exemptions and the legalities around volumetric trucks have been one of the most highly debated topics. According to Jim Taylor, there are two major issues with volumetric trucks.

Firstly, agreeing with the DfT's inquiry, is that the operating weight of volumetric trucks is wrongly classified. Volumetric can operate at up to 46 tonne when fully loaded, but are classified as plant material as they were originally designed as mobile batching plants. However, as these vehicles now carry raw materials to the site, they seriously exceed their weight limit of 32 tonne, which is in direct violation of the DfT's policies surrounding goods vehicles. 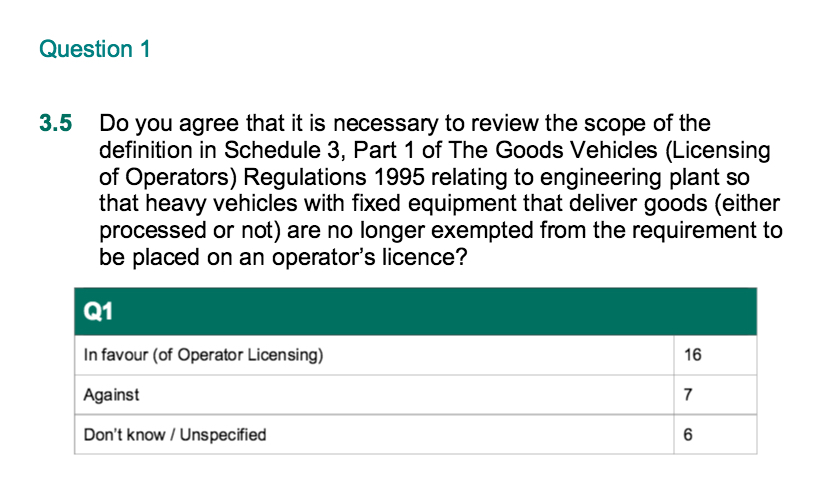 Unsurprisingly, the Batched on Site Association expressed their concerns about the review. BSA stated that changes in weight limits for mobile batching plants would stop their members from being able to operate currently under-regulated vehicles at weights above the legal limits and therefore cause them to go out of business. This group, made up of many small volumetric operators, is rightfully concerned that they will no longer be able to manipulate the grey area caused by carrying unmixed materials.

Roads Minister Andrew Jones stated that claims the review would wipe out thousands of jobs as completely exaggerated.

Without the review, volumetric trucks will only require a regular car license to drive, will require no tachograph, can run on red diesel and do not need to meet the MOT requirements of similar goods vehicles.

However, with road safety and the environment becoming increasingly important to the government, and overwhelming support in favour of a review, these loopholes are not likely to remain in place for long.

The 2nd issue Jim Taylor has is related to the concrete produced.

Volumetric concrete has always been marketed as a way of only paying for what you use, as the customer can easily see how much concrete is coming from the mixer and only pays for what is actually mixed. If you need a little more or little less than expected then the operator can make the adjustment accordingly. However, the volumetric technology isn?t able to live up to its reputation.

Concrete company owners and customers have long been victim of the shortcomings of the volumetric truck. The trucks operate based on volume of materials that are loaded on to the belt, but unscrupulous operators are able to manipulate this in a way that customers end up getting less concrete than they paid for. By adjusting the rate at which raw materials are added to the belt, it can appear that a full mix is being done, when really it may be reduced by up to 20% without the customer knowing.

The end result is detrimental to everyone involved, except the driver who is able to take home a little extra money at the end of each job. MixIt said goodbye to its last volumetric mixer in September 2015, and is anxiously awaiting the arrival of their innovative kaizen mixer.

Taylor has anticipated both the change in regulation as well as the need to improve concrete quality and has invested heavily in new technology that will replace the soon-to-be-extinct volumetric trucks.

The Government will consider the responses to this consultation over the coming months and is expected to decide if any changes will be made to current exemptions in late 2015.

Here we highlight the journey of Ready Mix concrete from the batching plant to the actual usage area of the construction project, and in this process we will answer various FAQ's about Ready Mix Concrete.

Please get in touch and one of our experienced support staff will respond as soon as possible.